Several years ago, my wife Erin encouraged me to do something special for our girls when I traveled away from home. She felt that I needed to be more “relational” when I was gone. Accepting her influence, I decided to call both girls before bed so that we could have some special alone time. While calling from a hotel room one night, I first talked to Maddy, our then 3 year old. I was right in the middle of telling her how much I loved her and how proud I was of her, when she interrupted me and declared, “Dad…I’m done with you!”

She then held the phone out and I could hear her say, “Would someone help me hang up the phone!”

Although it may seem like this situation represented a normal 3-year-old with a short attention span who was tired of talking on the phone, it also symbolized something deeper for me. It’s during those moments that I wished I had the same “relational” abilities as Erin.

As a matter of fact, one of the most common questions I hear is why do women seem to be better at relationships than men. When I first heard this question, I felt it was rather sexist. But, believe it or not, there is an abundance of research that supports the notion that women are better at relationships. For example, one researcher found that females tend to think and prepare more for marriage and family roles than males. He also discovered that females feel more competent as future spouses than males.

As a father, you may be thinking, “Why are you telling me that women are better at relationships and what does this have to do with me as a parent?” Don’t stop reading! I think one of the most important things we can do as fathers is to understand our natural strengths and recognize how we misapply our strengths in relationships—leaving us hurt and frustrated.

Differences Between Men and Women

According to Genesis 1:26-28, (the first place in the Bible where human beings are mentioned) God created men and women in His image and likeness. God gave humans “dominion” over the earth and we were commanded to “fill the earth and subdue it.” The Bible goes on to talk about men and women. The Scriptures, in Genesis 2:15 suggest that once Adam was created that God “put man in the Garden to tend and keep it.” It goes on to explain that it wasn’t good that Adam was alone so God created Eve.

The interesting aspect of the creation of men and women surrounds our roles. When the Bible references Adam, it is in context to activity. For example, God put man in the Garden to “tend” and “keep” it. Also, in Genesis 2:19 Adam is “naming” the animals. Finally, in verse 3:23 it says that Adam would “till the ground.” Again, it seems that Adam is being referenced in relation to activity—gardening and naming animals.

On the other hand, Eve is referenced in the context of relationships. For example, Genesis 2:18 says that Eve was created as a “helper” and will be “comparable” to Adam. Note the relational quality of her creation.

To further illustrate the difference in roles we turn to the description of God’s curse against men and women after they sinned. To Eve, God’s punishment was that the sorrow and pain in childbirth would be greatly increased. And her desire would be for her husband and he would rule over her (Genesis 3:16). To Adam, God’s punishment was that the ground would be cursed. In toil Adam would eat of it. Both thorns and thistles the ground would bring forth. And finally, in the sweat of his face, Adam would eat bread. Notice that Eve’s punishment was all in the context of relationships, while Adam’s punishment surrounded activity—the cursed ground and his sweat and toil to eat from it.

The bottom line is that God created men and women very differently with equally beneficial roles. As fathers, God has gifted us with many wonderful skills that have helped us experience success as we provide for the physical needs of our family. The good news is we can develop others tools to help us be more successful at home. 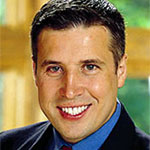